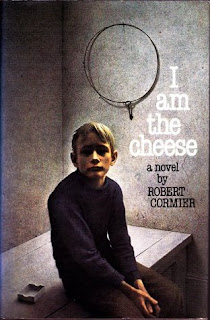 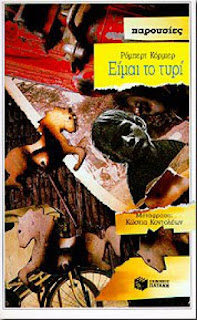 Ιmagine discovering that your whole life has been a fiction, your identity altered, and a new family history created. Suddenly nothing is as it once seemed; you can trust no one, maybe not even yourself. It is exactly this revelation that turns 14-year-old Adam Farmer's life upside down. As he tries to ascertain who he really is, Adam encounters a past, present, and future too horrible to contemplate. Suspense builds as the fragments of the story are assembled--a missing father, government corruption, espionage--until the shocking conclusion shatters the fragile mosaic. Young adult readers will easily relate to the shy and confused Adam, whose desperate searching for self resembles a disturbingly exaggerated version of the identity crisis common to the teenage years.

First published in 1977, I Am the Cheese provides an exciting introduction to psychological thrillers. This sensitive, emotional, subtly crafted novel by Robert Cormier (author of The Chocolate War) was a New York Times Outstanding Book of the Year, as well as a School Library Journal Best Book of the Year. --Emilie Coulter

Robert Edmund Cormier (January 17, 1925–November 2, 2000) was an American author, columnist and reporter, known for his deeply pessimistic, downbeat literature. His most popular works include I Am the Cheese, After the First Death, We All Fall Down and The Chocolate War, all of which have won awards. The Chocolate War was challenged in multiple libraries. His books often are concerned with themes such as abuse, mental illness, violence, revenge, betrayal and conspiracy. In most of his novels, the protagonists do not win.